The white man shattered the abantu, the fellowship, of the various tribes. The white man was hungry and greedy for land, and the black man shared the land with him as they shared the air and water; land was not for man to possess.

I did not yet know that the real history of our country was not to be found in standard British textbooks, which claimed South Africa began with the landing of Jan Van Riebeeck at the Cape of Good Hope in It was from Chief Joyi that I began to discover that the history of the Bantuspeaking peoples began far to the north, in a country of lakes and green plains and valleys, and that slowly over the millennia we made our way down to the very tip of this great continent.

I was assisted by Mr. Festile, the induna at the Chamber of Mines, who was once again playing a fateful role in my life.


On his own initiative he had decided to offer me free accommodation in the mining compound. Few spoke English, and the lingua franca was an amalgam of many tongues known as Fanagalo. There, I saw not only flare-ups of ethnic animosity, but the comity that was also possible among men of different backgrounds. Yet I was a fish out of water there. Instead of spending my days underground, I was studying or working in a law office where the only physical activity was running errands or putting files in a cabinet. Because the WNLA was a way station for visiting chiefs, I had the privilege of meeting tribal leaders from all over southern Africa.

I recall on one occasion meeting the queen regent of Basutoland, or what is now Lesotho , Mantsebo Moshweshwe.

I asked them about Jongilizwe, and for an hour I seemed to be back in Thembuland as they told colorful tales about his early years. The queen took special notice of me and at one point addressed me directly, but she spoke in Sesotho, a language in which I knew few words. Sesotho is the language of the Sotho people as well as the Tswana, a large number of whom live in the Transvaal and the Orange Free State.

The question embarrassed and sobered me; it made me realize my parochialism and just how unprepared I was for the task of serving my people. I had unconsciously succumbed to the ethnic divisions fostered by the white government and I did not know how to speak to my own kith and kin.

Without language, one cannot talk to people and understand them; one cannot share their hopes and aspirations, grasp their history, appreciate their poetry, or savor their songs. I again realized that we were not different people with separate languages; we were one people, with different tongues.

Education is the great engine of personal development. It is through education that the daughter of a peasant can become a doctor, that the son of a mineworker can become the head of the mine, that a child of farmworkers can become the president of a great nation. It is what we make out of what we have, not what we are given, that separates one person from another. Since the turn of the century, Africans owed their educational opportunites primarily to the foreign churches and missions that created and sponsored schools.

Under the United Party, the syllabus for African secondary schools and white secondary schools was essentially the same. The mission schools provided Africans with Western-style English-language education, which I myself received.

We were limited by lesser facilities but not by what we could read or think or dream. Yet, even before the Nationalists came to power, the disparities in funding tell a story of racist education. The government spent about six times as much per white student as per African student.

Education was not compulsory for Africans and was free only in the primary grades. Less than half of all African children of school age attended any school at all, and only a tiny number of Africans were graduated from high school.

Even this amount of education proved distasteful to the Nationalists. The Afrikaner has always been unenthusiastic about education for Africans. To him it was simply a waste, for the African was inherently ignorant and lazy and no amount of education could remedy that.


The Afrikaner was traditionally hostile to Africans learning English, for English was a foreign tongue to the Afrikaner and the language of emancipation to us. One morning, several days after my meeting with Bram and Joel, we were taken to the head office. The head office was only about a quarter of a mile away and was a simple stone structure that resembled our own section. Once there, we were lined up to have our fingerprints taken, which was routine prison service business. But while waiting, I noticed a warder with a camera. After our fingerprints had been taken, the chief warder ordered us to line up for photographs.

The warder was taken aback by my request and was unable to offer any explanation or produce anything in writing from the commissioner of prisons. He threatened to charge us if we did not consent to have our photographs taken, but I said that if there was no authorization, there would be no pictures, and that is where the matter remained.

As a rule, we objected to having our pictures taken in prison on the grounds that it is generally demeaning to be seen as a prisoner. But there was one photograph I did consent to, the only one I ever agreed to while on Robben Island.

One morning, a few weeks later, the chief warder, instead of handing us hammers for our work in the courtyard, gave us each needles and thread and a pile of worn prison jerseys. We were instructed to repair the garments, but we discovered that most of these jerseys were frayed beyond repair. This struck us as a curious task, and we wondered what had provoked the change. The commanding officer announced that the two visitors were a reporter and photographer from the Daily Telegraph in London. He related this as if visiting members of the international press were a regular diversion for us.

Although these men were our first official visitors, we regarded them skeptically. Firstly, they were brought in under the auspices of the government, and second, we were aware that the Telegraph was a conservative newspaper unlikely to be sympathetic to our cause. The two journalists walked slowly around the courtyard, surveying us. We kept our heads down concentrating on our work. The prison service regulations were explicit that each prisoner was permitted to speak only for himself. This was done to negate the power of organization and to neutralize our collective strength.

We objected to this role, but made little headway. We were not even permitted to use the word we when we made complaints. But during the first few years, when the authorities needed one prisoner to speak on behalf of others, that individual would be me. I talked to the reporter, whose name was Mr.

Newman, for about twenty minutes, and was candid about both prison and the Rivonia Trial. He was an agreeable fellow, and at the end of our talk, he said he would like the photographer to take my picture. I was reluctant, but in this case relented because I knew the photograph would only be published overseas, and might serve to help our cause if the article was even the least bit friendly.

I told him I would agree provided Mr. Sisulu could join me. The image shows the two of us talking in the courtyard about some matter that I can no longer remember. I never saw the article or heard anything about it. The reporters were barely out of sight when the warders removed the jerseys and gave us back our hammers. The men from the Telegraph were the first of a small stream of visitors during those early months.

There were stories in the press about the inhuman conditions on the island, about how we were being assaulted and tortured. These allegations embarrassed the government, and to combat them they brought in a string of outsiders meant to rebut these critical stories. We were briefly visited by a British lawyer who had argued for Namibian independence before the World Court , after which we were informed that a Mr. 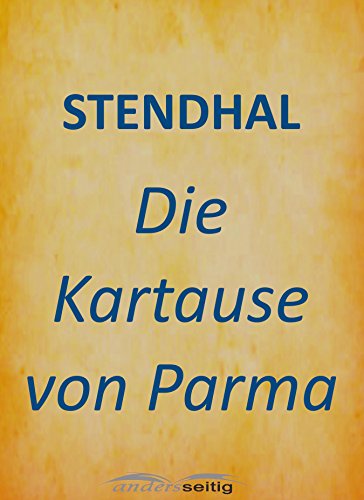 On the day of Mr.